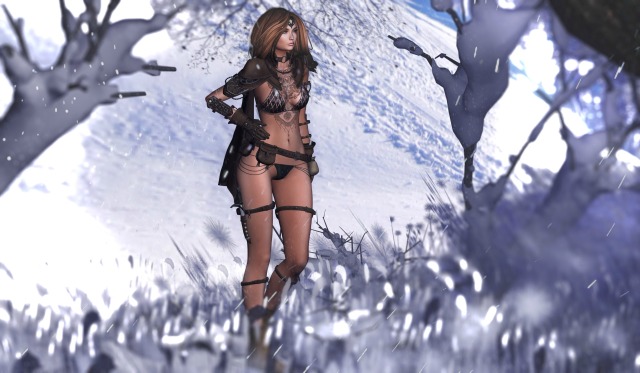 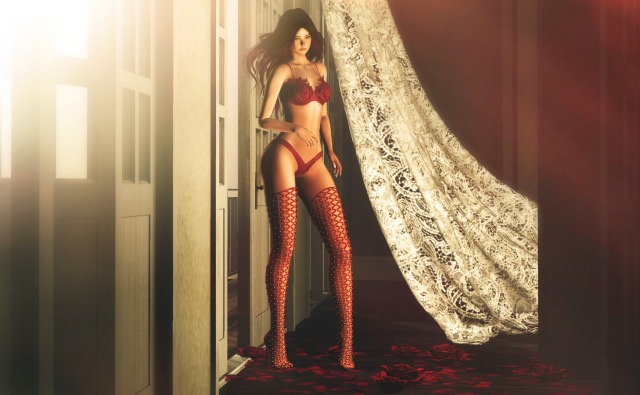 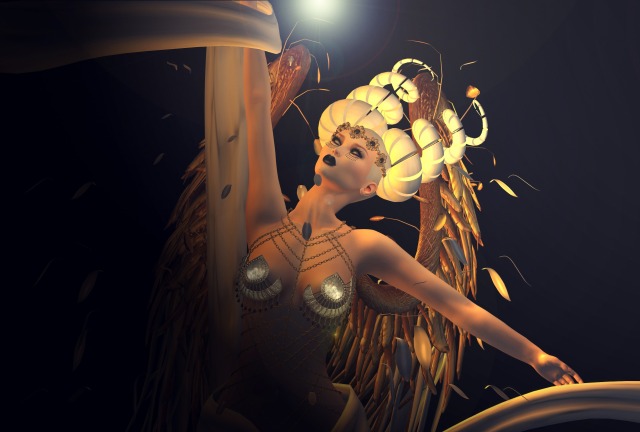 I’m a big fan of Cirque du Soleil and have had an opportunity to see many of its shows here in America.  It’s just fascinating to watch the dynamic acrobatics that are a part of each show.  Everything… the lighting, costumes and the music just has a creative energy that I absolutely love.

That is where my inspiration came from when I was going through some of the items from Zibska and the aerial silks by Distorted Dreams.

I often take pictures for my own amusement and this is one I took a few days ago from some of the items from the epiphany event. Sometimes pictures are an expression of what I may be feeling or thinking or often just an inspiration that arises from whatever I have put together.  This was just an inspiration as I wanted something different than other pictures I’ve taken using wings. Though it’s eerie how it serves a purpose today to express my emotions in this case when my heart feels heavy over someone that I care about.

It’s a blessing and a curse to be quite sensitive sometimes, especially when I am extremely connected with someone as it means that I have a keen awareness to their moods without even having to be told.

I just feel it. 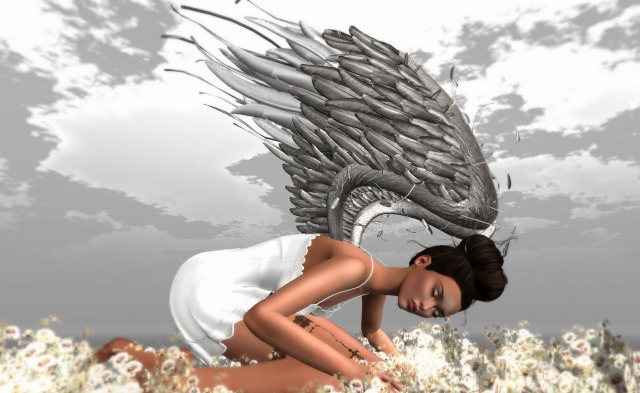 This was my original take and the rest was done using pic-monkey.

I love this song and it touches a little of what I am feeling.

Featuring two items from the upcoming new round of Totally Top Shelf event that starts tomorrow.  This cool full scene by Come Soon Poses includes the bike and background.   The tattoo is by Endless Pain and is called drown and has the following wording in the back:

I’m scared to get close and I hate being alone
I long for that feeling to not feel at all
The higher I get, the lower I’ll sink
I can’t drown my demons, they know how to swim
Can you feel my heart? 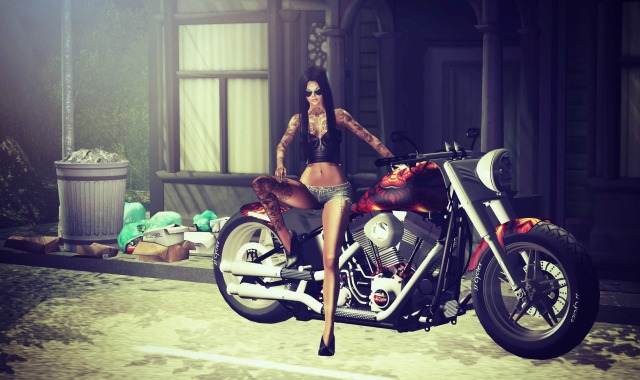 Maybe some of you can relate to this. Is there one person in your life who has the ability to arouse the most intense feelings in you?  I’m talking either positive or negative… it’s more the ability of being able to do it.  There is one person in my life who has the capacity to do this.  He can move me to such sweetness at times EVEN if he will deny my sweetness just because he doesn’t like to give me the upper hand. Coughs. I know without a doubt that he knows it’s there and yet the next minute he can drive me completely bonkers.  It’s not all one sided as he equally says I can drive him insane too.  Checkmate.

He and I were talking while I was doing this picture — one of those moments where we got into a chat of different viewpoints where he responded in kind that I was the queen of something that I won’t mention because its not important. Depending on the emotional climate on both our parts it can go either way at this point. Last night just happened to be one of those times our sensitivities didn’t get in the way and we can each claim we’re each impossible. He’s quite adoring though when he breaks into my native tongue to emphasize his point.

I drifted from what I was going to say, but I usually think faster than I type. It made me giggle when he said I was the queen of… because the full scene pose featured here is called queen of the streets. He at least got one thing right. I’m a queen! to his king.

I can’t remember the last time I wore a gown in Second Life outside of blogging a preview.  It felt kind of nice so I think a ballroom might be calling my name.

The gown is by [EvelineintheBox] and will be available soon at Totally Top Shelf along with the jewelry that I am wearing by [Muse].

The gas lamps were perfect for this scene and I love the way they are lighted up. They are from unKindness and can be found at the Tennenbaum Holiday Market.

Today I am showing a few items.  The first is the newest tattoo by Things now out at this round of The Fantasy Collective.  I made it extra fresh by wearing two layers on the mesh body so that it was easily more visible.  Though it comes in faded and fresh intensity, which is lighter than what I am wearing.  It can be applied through the Omega applier system on most mesh bodies or if you’re not into mesh just yet it is also available in classic layers.

The hair that I am wearing is by Lovey Dovey and is going to be available at the upcoming round of Totally Top Shelf.  The Merula hair will come in various colors and I’m wearing the natural ombres, which has these two shades that blend together that I am starting to take a liking to.

The fluffy muffs are by Boogers, which is a kids store.  These muffs however come with a re-sizer and will fit most avatars so perfect for adults as well and great for your winter outfits.  They will be available at the upcoming Hello Beautiful event that is geared towards children, so just be mindful of that.

The last item is the drop candles behind me that are from .aisling. and will be available as part of their gacha set at the upcoming round of the Arcade.  I featured the set in my other blog, so if you want to get a glimpse of some of the pieces from the rest of the set go to my post at Bits & Pieces of SL.

Special thank you to Yamabushi for his devilish gifts.