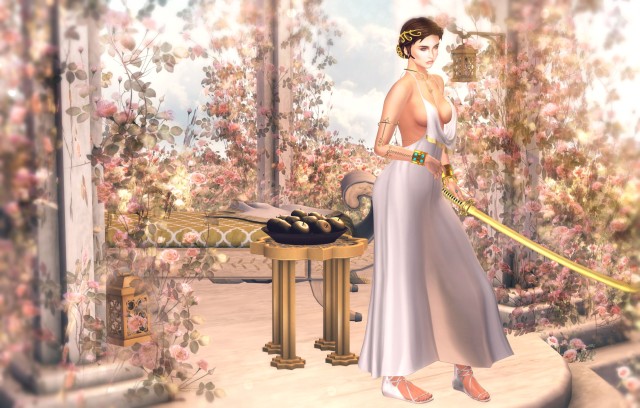 This anniversary round of Totally Top Shelf is coming to an end in the next days and I wanted to get in one more post before it was over.  I’m also participating in the photo contest as I liked the idea of using items from previous events. Here’s one good reason for liking my inventory set up of naming folders by events and dating them.

I’m featuring the newest release of skins by Essences called Zara made for Catwa and it’s available now at this round of Shiny Shabby.  Now for this contest photo. The theme for this round of Totally Top Shelf is Rome and I really loved this dress that I’m wearing that is named after the Roman Goddess Minerva.  It’s why I decided to stick to the theme for this picture and feature items that would compliment what I’m wearing.  The dress is by [QE] Designs and the ear cuffs are by Attitude is an Art Form, which are a little hard to see so I did this close up photo to show the jewelry a bit better. The other jewelry that I am wearing is by [Ketamine], which are the bracelets and finger rings with turquoise. 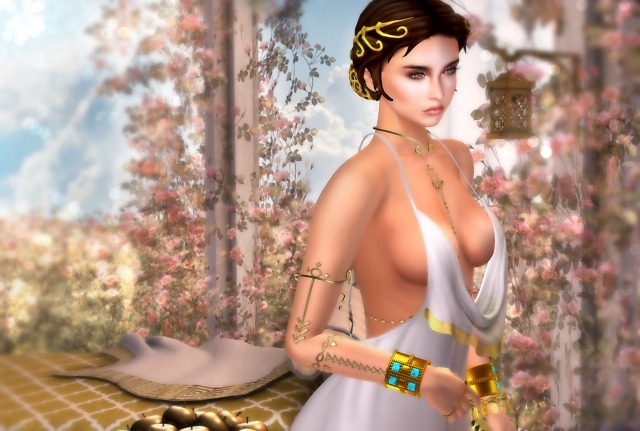 The dangling bracelet is an older event item by !Musa!.  The hair and the golden net are by Chimeric Fashions, also from a previous Totally Top Shelf event as well as the Gyda Torq and armlet by QweenB.  The sword also is from a pose set by La Jolie Rose Poses.

The rest of the items are just from ongoing or previous events, which are all listed below.  The garden pavilion with the lanterns, chaise and table are by Dysfunctionality, which I just now recall doing a previous Roman theme, “Respite”.

Have a great Monday! 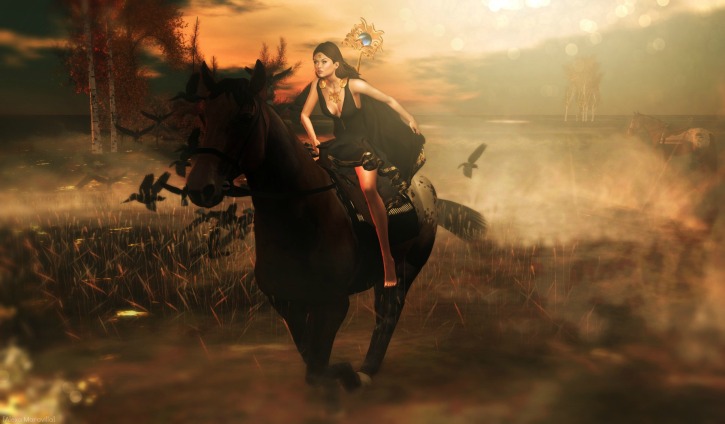